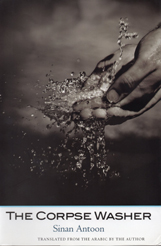 The subject of Iraqi-American author Sinan Antoon’s 2013 novel The Corpse Washer is the devastation wrought on an Iraqi family by the American occupation and subsequent sectarian violence. Antoon has lived in America since 1991, but The Corpse Washer reads as if it were a novel written from the Iraqi side, from the inside, with all the authority and righteousness of witness and victim that perspective entails. As such, it makes novels about the Iraq War depicted from American vantage points seem ethically unstable, as if spinning tales for publishing profit and reading pleasure about the petty dramas of American fighting men and women in a war that we started and in which everyone who fought volunteered was a problem. Was the waste of Iraq worth it if for no other reason than that it provided grist for the ambitions of a few dozen American literary aspirants? Does every page of contemporary war lit come at the expense of a dead Iraqi? Every dollar made?

Those are tough questions, even as they are willfully oblivious to the conscience and politics reflected in much contemporary war fiction, and in any case Antoon is not immune from their reach. But if we accept that The Corpse Washer reflects an authentic Iraqi sensibility, how does it differ from American war fiction? Originally published in Arabic in 2010 as The Pomegranate Alone and translated into English by Antoon himself, The Corpse Washer’s protagonist is Jawad Kazim, the scion of a Baghdad family whose livelihood for generations has been the preparation of the dead for Muslim burial. Secular, educated, and artistic, Kazim eschews the family profession, but the press of war drives business up while destroying the multifarious civil society that might nourish dreams of escape. As options disappear and his own family is touched by violence, Kazim, to his despair, inherits his father’s profession. At the level of message, then, The Corpse Washer is simple and clear: Kazim may not be interested in war, but war is interested in him, and if war hasn’t yet killed Kazim, at novel’s end he is fully imbricated in its harvest of dead bodies, as, the novel suggests, are all Iraqis.

Stylistically, The Corpse Washer’s prose texture is lyrical and figurative compared to the no-frills verisimilitude of most American war fiction. A passage such as the following is almost unimaginable coming from an American war author and would inspire suspicion in many readers:

Death is not content with what it takes from me in my waking hours, it insists on haunting me even in my sleep. Isn’t it enough that I toil all day tending to its eternal guests, preparing them to sleep in its lap? Is death punishing me because I thought I could escape its clutches? If my father were still alive he would mock my silly thoughts. He would dismiss all this as infantile, unbecoming to a man. Didn’t he spend a lifetime doing his job day after day, never complaining of death? But death back then was timid and more measured than today.

I can almost hear death saying: “I am what I am and haven’t changed at all. I am but a postman.”

If death is a postman, then I receive his letters every day. I am the one who opens carefully the bloodied and torn envelopes. I am the one who washes them, who removes the stamps of death and dries and perfumes them, mumbling what I don’t entirely believe in. Then I wrap them carefully in white so they may reach their final reader–the grave.

Judging by the worldviews described in The Corpse Washer and the Afghanistan war novels (The Wasted Vigil and The Blind Man’s Garden) by Pakistani-English author Nadeem Aslam, both authors and their characters view life much more grandiosely than do Americans. Nature, family, history, art, religion, and philosophical meditation on the cosmic swirl of good and evil appear to play bigger parts in the minds of Muslim citizens of the middle East and southwest Asia than they do in the minds of Americans soldiers and the authors who write about them. In the works of Antoon and Aslam, the events of the day are saturated with connections to larger frames-of-reference, in particular the crushing burden of Islamic faith, which the characters find simultaneously enriching and loathsome. Jesse Goolsby’s excellent novel I’d Walk With My Friends If I Could Find Them provides evidence for the comparison. The deepest conversation its three American soldier protagonists have while in Afghanistan concerns which Division I football teams don’t have the word “university” in their names. Goolsby damningly (though with love, too) portrays how obsession with trivia and nonsense betrays the protagonists’ lack of vocabulary and even inclination to think in larger terms before and after service, too. The banal quality of their talk and vacuous quality of their minds are the results of poor educations and weak American cultural- and family-based traditions of passing on wisdom. Ill-equipped to think well about the events of their lives, they eventually pay the cost in moral and mental distress they don’t understand and can’t describe.

Perhaps, though, little ultimately and practically differentiates banter about football and couching every utterance in high-flown language and baroque references to religion, art, and history, for all the good either does anybody. Perhaps Americans are blissfully lucky not to be haunted by larger structures of awareness, and our virtues, such as they are, may only be possible because of our defects. No one expects 20-year-olds to be as sensitive as older men trained to be artists and clerics and women informed by 2500-year-old traditions of family, anyway, and for all the cultural richness of Iraqi Islamic society the social-political pay-off seems to be slight, what with its horrible oppression of women and propensity to mutilate opponents, either before or after killing them, neither of which Antoon is shy about portraying. But whether writerly affectation or cultural truth, the literary consequences of the high-flown style are two: a far less inspired prose texture in works written by Americans about Americans, one, and, two, the rendering of the impression that a nation populated by deeply perceptive people was first liberated, if that’s the right word, and then ruined by another whose soldiers were astonishingly crude.