1. For the past year, I’ve been the Mentor Program coordinator for Ron Capps’ Washington, DC-based Veterans Writing Project. As such as I’ve connected many aspiring veteran-writers with experienced authors, teachers, and editors. The duty has brought me in pleasant and productive contact with many literary-minded folks, while also providing numerous looks at the range of interests, subjects, and attitudes characteristic of veterans using words to explore their military and war experiences. The veterans generally fall in two camps:  Vietnam vets working on memoirs and unit histories and Iraq and Afghanistan vets writing memoir, fiction, and poetry. The mentors are all published authors and experienced teachers, some with military experience, but many who have never served. If you are either interested in serving as a mentor or working with a mentor, see the VWP Mentor Program webpage and write me at pete@veteranswriting.org. Right now, we have several vet-writers waiting for mentors, so I’m hoping some of the authors and teachers who read Time Now will volunteer to help out.

2.  I had the pleasure recently of reading a short story on stage at New York City’s The Wild Project theater as part of an event titled Kicking Down Doors: Veterans in America and Their Families in America. The event, sponsored by a group called Poetic License, was organized by veterans Everett Cox and Jenny Pacanowski, two mainstays in the New York and New Jersey veteran writing and arts communities. Many thanks to Cox and Pacanowski for including me on the bill and coaching me through my pre-performance jitters, and many thanks also to my fellow readers and performers Katelyn Sheehan, Nancy Elkin Nybard, Camilo Mac Bica, John D. Manley, and John M. Meyer, as well as Cox and Pacanowski, and even more thanks to everyone who came. I’m very interested in the movement of war writing from the page to the stage, which is happening in many interesting ways across the nation, and was happy to participate in a small way in the phenomenon.

3. One place that has already staged a number of veterans-oriented dramatic productions is Wisconsin, the state whose vibrant veterans writing community I profiled a couple of weeks ago in a post on Matthew J. Hefti’s A Hard and Heavy Thing. Since the appearance of that post, I’ve heard from Martin McClendon, the Theater Department Chair at Carthage College in Wisconsin, who offers the following report detailing a number of veterans-oriented dramatic productions in Wisconsin and elsewhere in the Midwest:

My colleague Alvaro Rios at UW-Milwaukee is working on a new play, he is himself a vet and it will deal with vet issues. Several years ago at UW-Stevens Point there was a play called Soldier’s Circle based on blogs of soldiers who fought in Afghanistan. At Augustana [College] in Illinois, they commissioned a play called A Green River, dealing with veteran suicide. I saw it 2 years ago at the American College Theater Festival festival in Milwaukee. Lastly, I am starting a conversation with Edwin Olvera, Milwuakee-based choreographer and dancer, who has created numerous works based on his experiences and impressions of service. I’m hoping we can somehow work with him here at Carthage in the near future, as part of our dance program.

4. Another place already actively staging exciting, well-attended dramatic readings of veterans’ stories is San Diego (the locale, as it happens, for another novel I also recently reviewed, Elizabeth Marro’s Casualties). The driving force in San Diego is Justin Hudnall, the executive director of a literary and performing arts non-profit organization called So Say We All. Hudnall, a school-trained actor who has worked around the world as an emergency relief coordinator, is an artistic-entrepreneur of the first order. Besides organizing readings that attract audiences upwards of 300, So Say We All produces podcasts and radio shows featuring the stories of veterans. Hudnall has also published an anthology titled Incoming: Veteran Writers on Returning Home, which features essays on life post-deployment and post-service by Benjamin Busch, Brandon Lingle, Brooke King, Nathan Webster, and Natalie Lovejoy, among others.

5.  No war fiction made the final cut of stories reprinted in The Best American Short Stories 2015, but at least four war writers made the list of “Other Distinguished Stories of 2014.” Congratulations to Elliot Ackerman for “A Hunting Trip” (originally published in Salamander), Phil Klay for “War Stories” (Consequence), Luke Mogelson for “To the Lake” (Paris Review), and Brian Van Reet for “Eat the Spoil” (Missouri Review). This year’s Best American Short Stories was edited by T.C. Boyle, an author I’ve long read and admired, and, for what it’s worth, a review of The Best American Short Stories 1984, edited by John Updike, that I wrote for the Daily Californian, the UC-Berkeley student newspaper, was one of the first articles I ever published. Speaking of Phil Klay, I was asked to compile the “Additional Reading” list for the entry on Klay for his entry in in Gale-Cenage Learning’s scholarly compilation Contemporary Literary Criticism, vol. 389. It’s a measure of Klay’s achievement that he was included in CLC, a serious academic resource, and it was enjoyable to read or re-read the many reviews Redeployment inspired on its release in 2014. 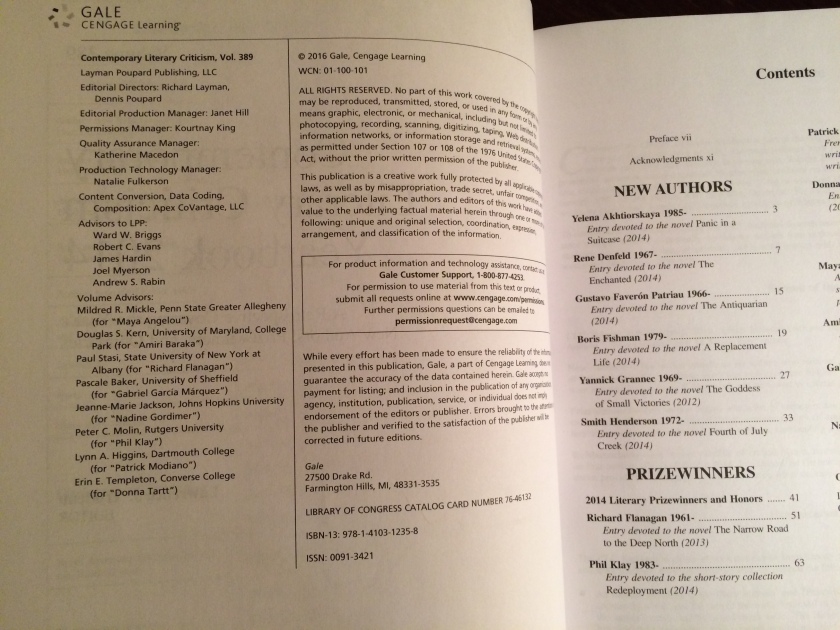 6. A final note about AWP 16, a good one. The real MVP, if I can be forgiven a lapse into idiotic modern parlance, of the war writers contingent in Los Angeles was Kayla Williams, the author of the memoirs Love My Rifle More Than You and Plenty of Time When We Get Home. Whether speaking from the platform at two panels, in attendance at other war writing panels, or in informal discussions between events, Williams was everywhere impressive. Now comes news that she has been named the director of the Department of Veterans Affairs Center for Women Veterans, a senior executive position with real authority and clout. One of the tenets of  Time Now is that contemporary war writers and artists are not just doing remarkable things now, but are on the cusp of long productive careers as authors, artists, and public figures, so it is very cool to see Williams move into a position of such great significance in national affairs. And since, as I understand it, she will have a story appearing in the upcoming second volume of the Fire and Forget anthology of short contemporary war fiction, we have more of Williams’ writing to look forward to, as well. 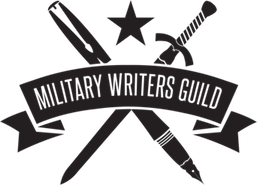 7. Finally, I’ve been a member now for a couple of years of a group called the Military Writers Guild, a consortium of writers, mostly veterans, but not all so, interested in military subjects and dedicated to mutually supporting members’ writing efforts. MWG authors primarily address strategy and policy, but open their arms to creative writers as well—Jesse Goolsby and Charlie Sherpa, for example, are also members of MWG. I recently attended an MWG BBQ in Arlington, VA, and was happy to meet in person many fellow members whom I previously knew only through email or by reading their articles, to include Ty Mayfield, David A. Mattingly, and Adin Dobkin, and enjoyed hearing their stories and learning about their current writing projects. Enthusiasm for joining the analytical and artistic sides of the MWG house is strong, and I look forward to helping the cause in the coming year. The presence of AWP in Washington, DC, for example, in 2017 might serve as a focal point for boosting awareness of MWG within the literary writing community, and vice-versa.

As a famous rabbit used to say, “That’s all folks.” I hope everyone’s summer is off to a good start.

2 thoughts on “Here, There, and Everywhere: War Writing Notes From All Over”