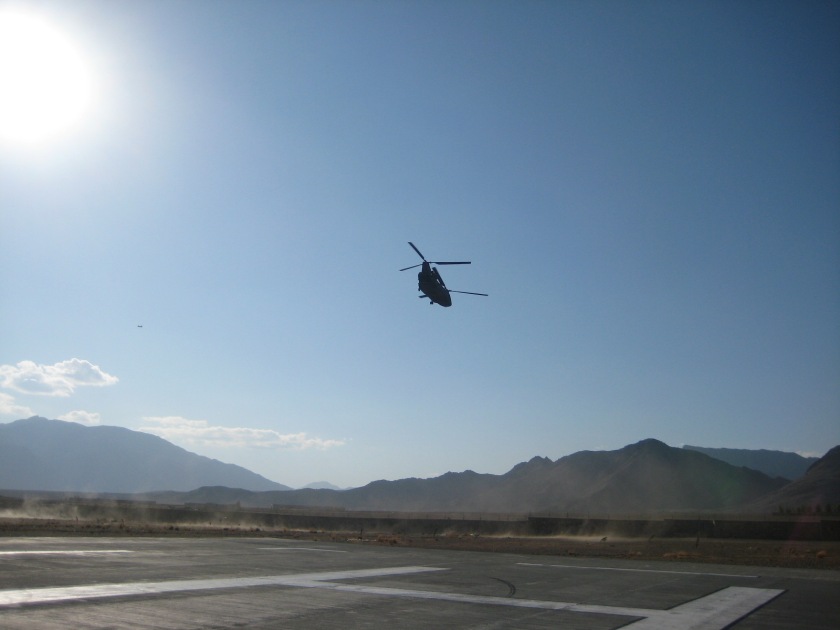 My last post made the provisional claim that The Sandbox, David Zimmerman’s 2010 novel about war in Iraq, was the first contemporary war novel. I’ve since rediscovered on my own bookshelf, unread, Bob Kornhiser’s Crossing the Wire, self-published in 2005, about an American lieutenant in Iraq who falls in love with an Iraqi professor of English. Its reappearance means we’ll have to put an asterisk in the record book next to The Sandbox’s name: first novel about war in Iraq or Afghanistan published by an established publishing house.

In any case, I’m also interested in knowing when short fiction about America’s twenty-first century wars began to appear. Below is my initial report on examples of the genre published before 2011. Many writers who published early in the game remain recognized war writers today, while others have disappeared and their pioneering works largely forgotten.

In 2005, Frederick Busch, a distinguished novelist and the father of vet artist-and-writer Benjamin Busch, placed a story titled “Good to Go,” about a troubled Marine Iraq veteran, in the literary journal The Threepenny Review. In 2006, he placed another story, titled “Patrols,” about a journalist returned from embedding with a Marine unit in Iraq, in Five Points. Both stories also appear in Busch’s 2006 short-story collection Rescue Missions. In 2008, novelist and short-fiction author Annie Proulx’s story “Tits-Up In a Ditch” appeared in the New Yorker and also in her collection Fine Just the Way It Is: Wyoming Stories 3.

Neither Busch senior nor Proulx served in the military, but most of the other writers who wrote fiction about war in Iraq in the rest of the “oughts” spent time in uniform. In 2008, Army vet Brian Van Reet placed a story titled “The Rooster” in Shenandoah. In 2009, Van Reet’s “Blood Groove” appeared in the Brooklyn Review, “Tower Six” appeared in Evergreen Review, and “Big Two-Hearted Hunting Creek” appeared in the Southern Review. “Big Two-Hearted Hunting Creek” later appeared in the 2013 Fire and Forget anthology, edited by Army veterans Matt Gallagher and Roy Scranton. FWIW, the only other two Fire and Forget stories previously published were Marine vet Phil Klay’s “Redeployment,” which first appeared in Granta in 2011, and military spouse Siobhan Fallon’s “Tips for a Smooth Transition” which appeared in Salamander in 2012.

Roy Scranton published short fiction in a number of small journals prior to 2011: “Gray is Green” in the Denver Quarterly in 2008; “Point, Lines, Space” in LIT in 2009; “In Camera” in 12th Street in 2009; and “Never Closer” in Quiddity in 2010. I haven’t yet been able to read these stories, however, so I’m not sure if their subjects are American soldiers in Iraq or not.

War, Literature, and the Arts, published by the Department of English and Fine Arts at the United States Air Force Academy, published three Army veteran Brian Turner poems—about Bosnia, not Iraq, interestingly enough,–in 2006 and former Marine Benjamin Busch’s superb photo-essay “The Art in War” in 2007, but was slower to feature short fiction depicting war in Iraq. USAF member David Buchannan’s story “Third Country Nationals” appears in the same issue as Busch’s “The Art in War,” for example, and it has a modern deployment feel to it, but is set in Saudi Arabia and not about the experience of combat. A WLA story written by another member of the Air Force, Jesse Goolsby’s 2009 “What My Dead Wife Should Know,” is curious: it is related from the point-of-view of an older man, remarried after the death of his first wife, whose son has now been electrocuted while taking a shower in Iraq. In 2010, Goolsby returns with a similar story, titled “Stepfather,” which is told from the standpoint of a man whose Marine stepson has also died in Iraq.

Another story in the 2010 issue, J. Scott Smith’s “March 25,” is the first WLA fiction I can find that’s set in Iraq, describes combat action there, and is written by a veteran. It’s a barn-burner, too, about a Marine unit caught in an ambush. Smith is identified as a former Marine currently studying in the famed MFA program at Iowa and working on a novel, but as far as I can tell he has not published fiction since “March 25.” If anyone knows different, please let me know.

That’s all I’ve found so far, and without doubt, the list is not comprehensive. My search of the WLA archives has been anything but exhaustive, and three issues of the Virginia Quarterly Review (VQR) dedicated to war (one published in 2007 and two in 2008) await closer examination. My sense is that more war fiction during the period 2005-2010 may be found in grassroots veterans organization publications than in journals published by small literary presses. For example, Warrior Writers, the veterans-writing collective led by Lovella Calica, began publishing anthologies of veteran poetry and prose in 2008, but I only have in my possession their anthologies published in 2012 and after, so I’m not sure what’s in the earlier editions. For the record, 2012 is also the year that Ron Capps, the director of the Veterans Writing Project, began publishing VWP’s literary journal 0-Dark-Thirty. In 2011 appeared the first edition of the Journal of Military Experience, edited by Travis Martin in conjunction with Eastern Kentucky University. I haven’t yet determined how many of the prose contributions to the first issue of JME are fiction, but the important point is that JME would evolve into Military Experience and the Arts, the online publishing home for hundreds of stories, poems, and essays by veterans.

Let these suggestions be breadcrumbs for interested readers to follow, may more breadcrumbs be discovered soon, and may the breadcrumbs lead to hearty feasts. Please let me know of any errors of omission and commission, and I will correct the record promptly. Bonus points for reports of fictional stories set in Afghanistan, of which I have found no early examples.