For the last year I’ve been a member of a civilian-military reading group sponsored by a local community college. The formal name of the group is “No Man’s Land: Dialogues on the Experience of War.” The veterans in the group represent all branches of service and periods of service, divided evenly between Vietnam, post-Vietnam, and Iraq and Afghanistan. The civilians for the most part are associated with the school, either as students or faculty. There’s about a 50/50 split between men and women. Last year we met in person, while this past fall we’ve met by Zoom. During our in-person sessions, we averaged between 15 and 20 participants. Online, it’s been five to ten.

The stories we discussed this fall are below.

Thom Jones, “The Pugilist at Rest.” Jones served in the Marines during the Vietnam War, but never fought in Vietnam.  After years of anonymous drift, he hit it big in 1991 when The New Yorker published “The Pugilist at Rest,” about a former Marine, now old, contemplating how violence has shaped his life. The title refers to a Greek statue of a boxer that serves as the artistic inspiration for the narrator’s reflections on boot camp, Vietnam, his own boxing exploits, and the epilepsy about which we learn he is about to undergo brain surgery to cure. Asked about what it takes to make one’s literary debut in The New Yorker, Jones is reported as saying, “Make your story so good they can’t say no.” Oh yea, The Pugilist at Rest definitely punches hard.

Siobhan Fallon, “The Last Stand” and “Gold Star.” Both stories feature Kit Murphy, an Army junior enlisted soldier back from Iraq with a leg mangled from an IED explosion that killed his squad leader Sergeant Shaeffer. In “The Last Stand,” we witness the end of Murphy’s marriage to his high-school sweetheart Helena. In “Gold Star,” Murphy pays his respects to Sergeant Shaeffer’s widow. Full of wonderful detail regarding modern military life, and as tender as tales featuring wounded vets riding barroom bucking broncos and widows shopping in the commissary on payday can be, the twinned stories point to the lonely despair that comes when war dishes out its full measure of pain, damage, loss, and heartbreak. 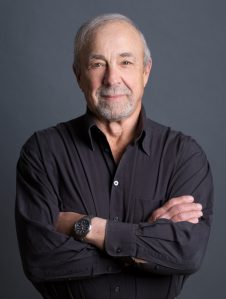 Philip Caputo, “Lines of Departure.” Caputo is an old pro whose long career as a respected author and journalist after service as a Marine officer in Vietnam would seem to be the model for the Matt Gallaghers, Phil Klays, and Elliot Ackermans of our day. In this late-life tale about a meet-up between Vietnam vets and Iraq/Afghanistan vets at a veterans’ retreat, we get a sense of the quiet wisdom and eloquence that might await GWOT’s literary stars. Caputo’s narrator, a former correspondent for the Marines in Vietnam, is deeply ambivalent about much, especially the prospect that the unspeakable horrors of war can be communicated, let alone be  recovered from. In the story, the divide between the Vietnam and GWOT vets looms large, at least as large as the oft-mentioned divide between civilians and veterans, and yet, and yet…. things happen.

Last spring we read and discussed Phil Klay’s “Redeployment,” Tim O’Brien’s “How to Tell a True War Story,” Ernest Hemingway’s “Soldier’s Home,” Jacob Siegel’s “Smile, There are IEDs Everywhere,” and Mariette Kalinowski’s “The Train.” We were set to host a visit by Brian Turner when the pandemic shut us down. In two separate off-shoot groups, we discussed Phil Klay’s “Prayer in the Furnace” and Judith Ortiz Cofer’s “Nada.”

Overall it’s been great. Everyone speaks, no one dominates, everyone cocks their ear to listen. The veterans explain military terms and relate how they connect to various aspects of the stories. The civilians offer perspective and insight born of their own experiences. It’s always interesting to see what the folks who haven’t served are drawn to within the stories, and often, even usually, it’s they who see deepest into the emotional and ethical twists presented by the narrators, leaving the vets in the room, or this one, anyway, sometimes taken aback, even aghast, that we’ve become so accustomed, even blithe, about the implications and consequences of military culture and mindsets, to say nothing of war, that are revealed so stunningly in the tales. And I’m not just talking about damage done to other people, or abstractly, either, if you know what I’m saying. Each meeting feels like a journey, and at the end, I feel like I’ve learned something significant about the story, the author of the story, the others in the room, and myself.

I encourage everyone to seek out stories about men and women who have seen war, and to find good people to talk about them with.

The discussion group is hosted by Bergen Community College in northern New Jersey. I built a website to support our group, which you can find here. Check it out, please–there’s pages on all the stories I’ve listed above and many more, and I offer more information about the program’s goals and organizers. Thank you Bergen Community College for inviting me to participate, and thank you National Endowment of the Humanities’ Dialogues on the Experience of War program for sponsoring.